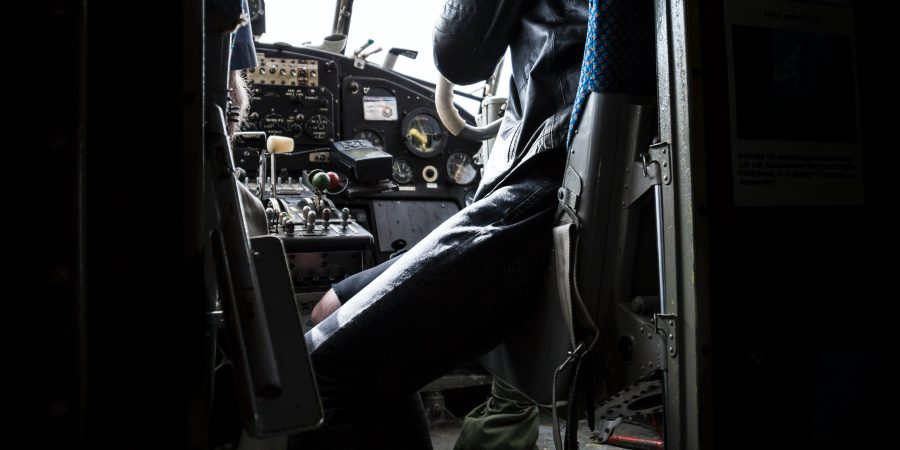 Excerpts from my expository piece

Have you ever met or seen a female in aviation?

I’m sorry, let me be specific.

Have you ever seen a female in aviation who was not a stewardess? Maybe a pilot?

The 1900s were a turning point in aerospace through the success in flight. To fly a person in the sky was unheard of, let alone fly oneself. Amelia Earhart paved the way for women in aviation as the first woman to fly across the Atlantic, but World War II gave way for people of color.

The first black military in the United States Army Air Corps was the Tuskegee Airmen. Roosevelt expanded pilot training for any civilian, regardless of race, after much lobbying campaigns, and chose the Tuskegee Army Airfield as their training grounds. Over 15,000 people of color trained in various areas of aviation. This brave sacrifice changed the stigma and allowed flight schools and the industry to be accepting of integration.

Dominated by males, the world wars allowed females to be in the workforce and take traditional ‘male’ jobs. Many occupations today still follow the stigma: nurses and teachers generally being females while construction workers and FedEx employees generally being males. This stigma trickles into the aviation industry.

Hazel Ying Lee was the first Chinese American pilot to fly in the Women Air force Service Pilots (WASPS) during World War II. The first Native American woman to earn her pilot’s license, and later on in commercial licensing, was Mary Riddle. Her inspiration sparked after seeing a female pilot crash because she wanted to show that women can be capable pilots. Cornelius Coffey’s wife, Willa Brown, made way as the first black woman to get her pilot license and serve as a Civil Air Patrol officer. Olga Custodio was the first female Hispanic military pilot in the United States in 1980. Bessie Coleman, from Jacksonville, was the first African and Native American female pilot to fly. She learned in France because of racial and gender tensions in the United States. In 1992, Tammie Jo Shults, a former Navy pilot, became one of the first women to fly a fighter jet. Fighters came out since the early 1920s, taking over seven decades for a woman to fly one. Captain Patrice Washington is the first female, African American captain and the first to graduate from Embry-Riddle University in aeronautical science with a commercial pilot’s certification. Major Marisol Chalas is the first Latina National Guard Black Hawk pilot.

As a woman, we are one and few in most professions. Seeing a female pilot is rare for most passengers and, if she is a person of color, it is even more out of the ordinary. They are the chosen of the chosen. Of seventy thousand pilots, maybe seven hundred are people of color, not including the gender differentiation of the masculine majority. It is more prevalent to see Caucasian males in the field, over ninety percent. No, being a pilot is not easy due to academics and possible discrimination.

In 2017, the FAA surveyed that only 7% of pilots were women and 5% flew commercially. The United States is ranked third for women where the most is in Finland. The number decreases further regarding people of color. Ninety-two percent in aviation are Caucasian males whereas about 7% are Hispanic, 4% are Asian, and 3% are black or African American. One percent of that three percent are black female pilots. Last year, United Airlines recorded that of 13,000 pilots, seventeen were black females and of those, two were captains.

As decades pass, women of color were able to reach their goals without prejudice laws stopping them. Today, male pilots make about $36,887 more than women. Female pilots are 4% of the industry and less than 3% of them are people of color. The statistics continue to increase as more organizations spread knowledge about aviation and the possibility of people like them flying.

Diversification in aviation was a prominent topic in last year’s World Aviation Festival. Diversity and inclusion shouldn’t be a lesson, but a pre-requisite, said Hollingsworth, cabinet vice president of Virgin Atlantic. Schools and training sites instituted programs allowing entry-level females to learn the skills needed to move up in leadership. People like Captain Kimberly Ford, a commercial pilot following in the steps of her father, a former military pilot, and grandfather, a Tuskegee Airman, mentor others not to drop out as many do. It is a long taxi to become a pilot; for this reason, many aspire, but the chosen answers the call.