February is Black History Month. Now, I don’t know about you but, I remember choosing an influential person and making a poster about them! Below is one of mine from second grade. 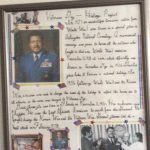 But, as I’ve grown, the acknowledgment of black culture has decreased. I remember even forgetting about the national holiday because of the lack of awareness. Now, the activist groups are ensuring that this month is not forgotten whether people like it or not.