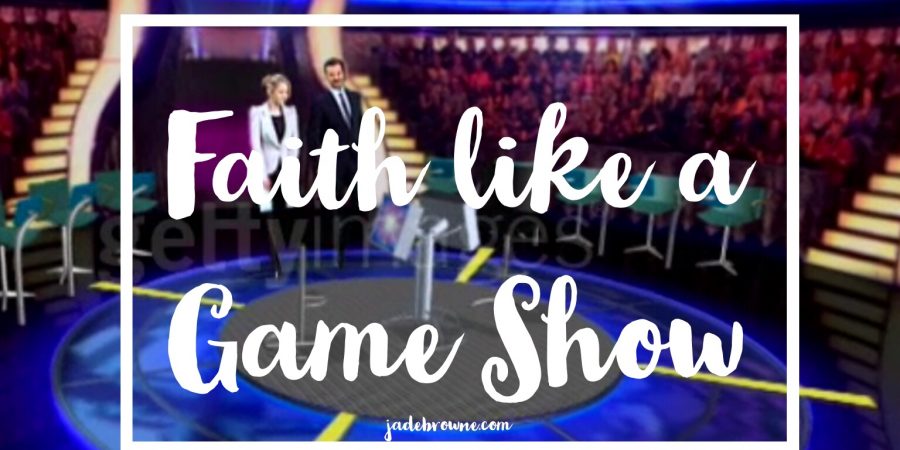 What do you mean by that?

I know, I know. While I was coming up with the title I thought this sounded a bit fishy as well. There’s nothing about the Bible to wager or debate upon. It’s all Truth.

But, hear me out.

At some point in a game show, whther it is Are you Smarter than a Fifth Grader, The Price is Right, or Family Feud, the contestants reach a point where they have to choose whether to keep the coffee maker and the other prizes they won or put everything on the line for the grand prize hidden behind the curtain.

Listen to Love on the Lineby Hillsong

Jesus put His life on the line for sinners like us. The symbol of love took the weight of the sin we committed, currently committing, and will commit on the cross. He died to become the grand prize.

If we flip this around, God equips us with everything we need and blesses us. When we’re tempted to decline the strength He gives, we forfeit the grand prize. There’s a need for trust on our end. We need to trust our Father and His will.

Don’t give up so soon as to only win a book when you could win an entire library. Having faith in His plan will lead you to a path you could never fathom.

With every round, the path will become harder but, the grand prize, Jesus’ love, grace, and mercy, is so worth it.

“For I know the plans I have for you, declares the Lord. Plans to prosper you and not to harm you, plans to give you hope ans a future.”