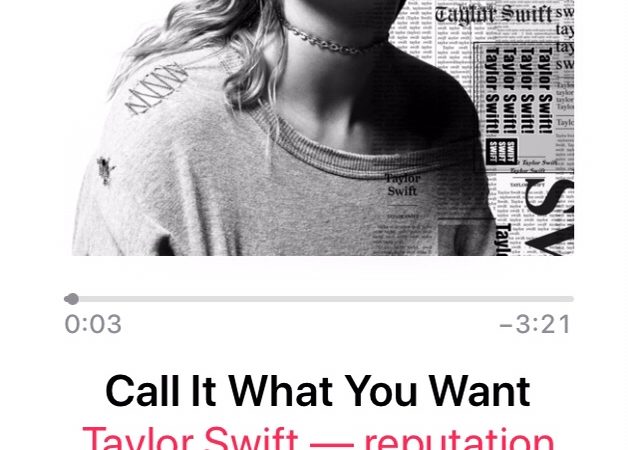 Call it What you Want, Ready for It, Gorgeous, Look What You Made Me Do, and many other songs are hitting the charts! I love Reputation because it is real, honest, and straight up tells you that the past and all the negative is still part of you. It shouldn’t be ignored but, it shouldn’t be silenced. This shouldn’t get in your way.

The incredible album has many theories and analysis of their own. Critics and the press have other ways of thinking and concluding the album.

The Washington Post wrote an analysis of Taylor Swift titled, Taylor Swift, avoided — and mocked — the media with ‘Reputation.’ And, it worked. Author Emily Yahr reported that the singer was setting records on her new album just by shaming and ‘being savage’ to media and reporters. To set the record, she explained the theory of her album cover. Behind the singer’s profile picture, her name is typed in multiple fonts and sizes to signify the many magazines and newspapers that ultimately set her reputation for something it is not. This may be a portrayal of how she has been seen over the last decade.

Regarding the name, Yahr wrote it is not subtle that it was depended on the public celebrity feuds as portrayed in her music videos. The writer then focuses on the fact that Taylor Swift avoided reporters and media about her upcoming album apart from being on Saturday Night Live and the Tonight Show to play her new songs. No interviews were made leading up to it. According to Yahr, Taylor Swift did not just mock the press but also shamed them by selling her magazines with the album with headlines such as “Who is Olivia’s real father” about her cat.

Personally, I don’t see the problem with being in ‘isolation’ as it is put, before her album release. During this time, Taylor Swift met with fans during secret sessions. I believe this brings a sense of being personal. The fact that she talks directly to her fan base on social media rather than depending on the press is a good thing! Instead of running away from negativity, Taylor Swift embraces it through calling herself a snake and the victim through her music videos and continuously following the theme of her ruined reputation. I think this is more than contemporary singers and entertainers do now. Instead of being invisible, she embraces all the negative which tells for her personality and character as a whole.

What are the songs about?