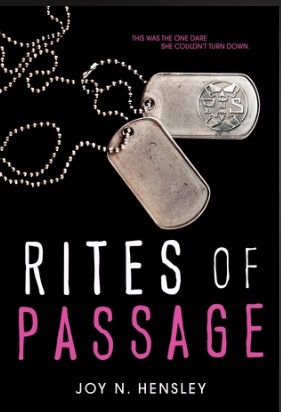 “Come on, Worms of the Alpha Company!”

The main character is a sophomore named Sam. Her father and two brothers are involved in some way with the military or the Academy.

When her oldest brother dares Sam to join the prestigious Denmark Military School, where her family name is a legend, as one of the five females, what can go wrong?

As the weeks pass, her group becomes smaller as everyone begins feeling the pressure. Sam expected hostility to those unwavering of the newly changed rule of allowing girls into the school but having to stand her ground through injustice was not what she intended.

Between meeting a hacker to gathering evidence, this story will keep you on your toes as alums and current DMS students alike try to get Sam to quit!

This reminds me of David and Goliath. When life gets you down or becomes an obstacle, there’s a David inside of you to get rid of that Goliath. No matter how big or tough it may seem, you were given the test because you can conquer it.

Rites of Passage is such an amazing story about female power and not giving up! I recommend reading this novel by Joy N. Hensley because of the message and thrilling storyline.

Don’t skip over the acknowledgments! Hensley personally thanks us worms! 🙂