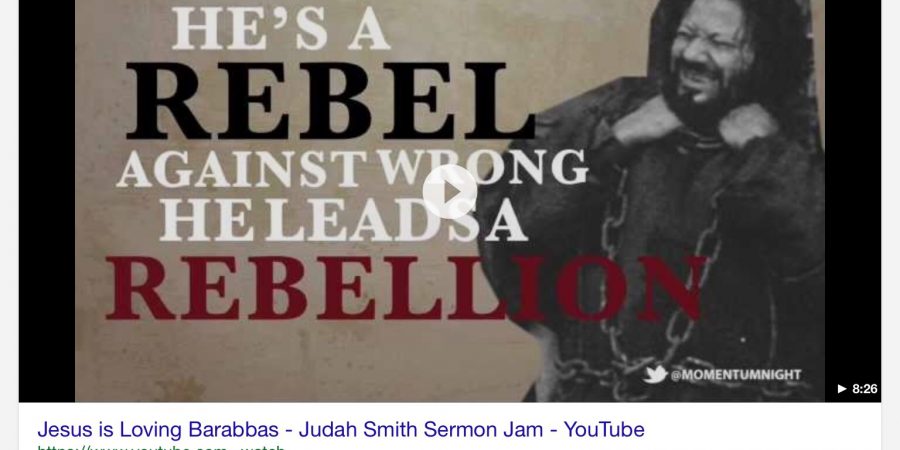 Before continuing, please watch this video to understand the background.

In chapel, the student body watched this film by Minister Judah Smith and let me tell you, it was silent. Not even one of those ‘oh this is boring’ silences but one with a ‘Woah’.

When I first read the title, I was confused. How can you relate Jesus and Barabbas to being similar besides both being male? Jesus was a perfect and flawless version of Barabbus, you, and me.

When it reaches the part of Barabbus being released, the speaker puts this into perspective through the analogy of we being him, Barrabus. As he was greeted by his rebellious friends thinking the people were the one who saved him, in actuality, it was the love of God. God’s love is so indescribable and unexplainable because His love for us is equivalent to going around the world more times than we can imagine. The speaker makes a point of saying that Jesus was, is, and forever will be the answer. This video is straight up and blunt with the truth that it inspires and definitely makes viewers change their outlook on life or at least think about it. That is why I love this video.

He says “give me your shame and let me take your place”.

“But God demonstrates His own love toward us, in that while we were still sinners, Christ died for us.”