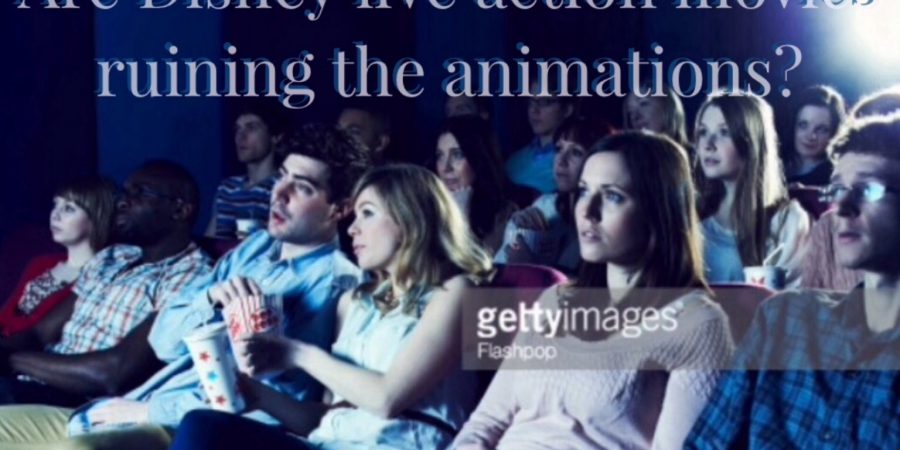 Nostalgia does not leave room for acceptance of change in movie remakes.

Mulan, Cinderella, and Jungle Book are only three classics that was or will be ‘fixed.’ Disney produces continuations or live-action of original movies shown once five years ago. These movies ruin the original! Not only did Disney join the bandwagon alongside multiple Spider-Man movies but, this is problematic. There is a disruption in the younger generation’s creative mindset, the creation of false replication, and cultivation of various challenges to viewers. All of this trouble should be contributed to new, lovable movies instead of reiterating previous ones.

For example, Frozen is known by many children today because of their time. In a few years, maybe a new Disney cartoon will be loved. But, at the rate of live-action, will this be remembered? There are more abilities and expertise in animations which should make cartoons better to view and more realistic so, why use live action? Yes, younger age groups are more electronically and technologically savvy but, they miss out on the original essence of the movie. Now, elementary aged students will forever imagine Emma Watson as Belle and Lily James as Cinderella. The classics are no longer known as these young viewers cling to the remake.

Upon comparing new with old, people gravitate to what they first see. I’m guilty of this with Hairspray. The 2007 film was the first one I saw. When I began the 1988 film, I was not attracted to it because I imagined the actors I grew to love in my ‘original.’ There is an emotional connection that sticks with viewers experiencing the same thing. I know I won’t be the only one critiquing movies in this manner.

Alongside terrible live actions is the misrepresentation. People of all ages who enjoyed Beaty and the Beast (2017) or Cinderella (2015) will fixate their minds with a person instead of a character. Instead of the overall blonde hair and blue dress of Cinderella, a Lily James figure and face is thought of. A lot of these do not always follow the original storyline. Going into the movie, expectations from previously viewed films are in one’s mind.

As expectations from fanatics of the original view the film, they watch a movie with a lack of originality. Every live-action is a retelling of the original through the ‘artistic vision’ of a director. One may relate Beauty and the Beast in a humorous tone while another picture it to be mysterious. For the television series Riverdale, the show takes a strange and eerie tone on the seemingly optimistic and happy-go-lucky comics.

There is a lack of charm and novelty in live-action. The iconic lines and characters are not correctly placed. Besides, the change of tone and inclusion of societal norms such as gay rights prove to mess with the original intention and meaning of the movie. It is astonishing when a general admission rated movie is changed to a higher rating. There is no difference between evolving to the times and changing the original intentions.

1 thought on “Are Disney live action movies ruining the animations?”