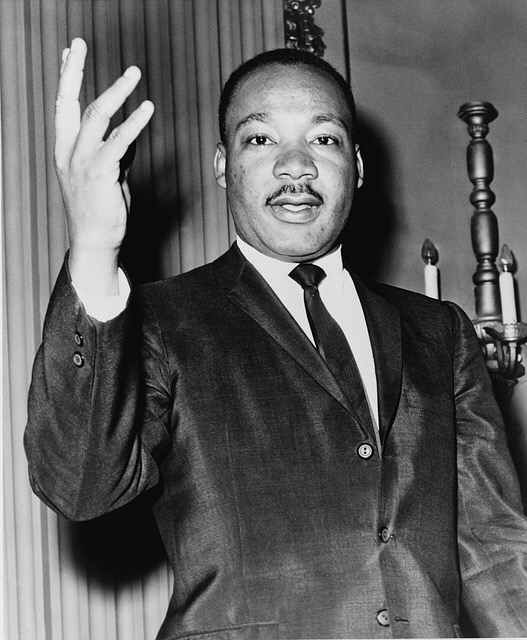 Schools, businesses, and other locations honoring and observing national holidays are closed on the third Monday of January to observe an African-American civil rights speaker, minister, and activist.

Martin Luther King Jr. was a prominent and influential figure as he led the Civil Rights Movement in America during the 1950s and 1960s. He fought using nonviolent resistance to overcome the injustice of racial inequality and segregation. The Baptist minister believed and taught his congregation that “all men are created equal” which was a strong motivation for him. Below are facts about Dr. King and the lifelong legacy he left that changed and impacted the lives of many.

1. King attended Booker T. Washington High School. Skipping both ninth and eleventh grades, he started at Morehouse College in Atlanta at age 15 in 1944.

2. Growing up in a Christian family did not mean King was faithful all his life. He renewed his faith during his junior year in college after being baptized at the age of eight. His renewal of faith made him want to go into ministry.

3. Due to his influence, King became a target for white supremacist groups but, that didn’t stop him. He along with other civil rights activist formed the Southern Christian Leadership Conference. The purpose was for equality to all.

4. While in college, King became the president of his predominantly white class at the Crozer Theological Seminary in Pennsylvania.

5. He was the driving force for the watershed events like the Montgomery Bus Boycott and the March on Washington. Both brought about landmark legislation decisions, the Civil Rights Act of 1964 and the Voting Rights Act of 1965.

6. King was chosen as the leader for the protest leader and spokesman for Rosa Parks and the Montgomery Bus Boycott. Everyone looked up to him due to his grand leadership skills and qualities as well as his integrity.

7. Martin Luther King Jr’s “I Have a Dream” speech became an impromptu for the March on Washington. His dream was of equality hoping that “have a dream that my four little children will one day live in a nation where they will not be judged by the color of their skin but by the content of their character.”

8. Assassinated at the age of thirty-nine as he stood at the balcony from an event he finished in 1968, Presiden Johnson declared a national day of mourning. President Reagan later signed the bill creating Martin Luther King Jr. Day a federal U.S. holiday. The holiday was first observed in 1986. The Lorraine Hotel, where he was shot, is now a museum.

9. Martin Luther King Jr. worked alongside many other quiet activists including Mohandas K. Gandhi, his lifelong friend. King took trips all over the world, including to India, and credited Gandhi’s passive resistance techniques for his civil-rights successes.

10. In 1964, King received the Nobel Peace Prize among many other awards and honors. He was the youngest person to receive such a high honor. The national monument for King can be seen in Washington D.C. He also has a Stanford Institution named after him, the Martin Luther King, Jr. Research and Education Institute. Many movies, including the 2014 film “Selma“, reflect and picture his life and accomplishments.